The letter of reference sample for coworker is highly useful as it directly enhances the credibility of the concerned coworker. It subsequently helps the person who is seeking a fresh job or for the nomination of any award show. The letter works just like the symbol of credibility and diligence for the coworker.

Well, we are living in the fast world of reference letters that play a huge role on a number of occasions. For instance, it may help the individual in getting the job, or even in getting the clean chit in any court case.

How to Write a Character reference letter for a coworker?

To Whom it may concern

I’m feeling delighted and honored to write this letter for Mr. Sherlock Holmes has been an amazing coworker of mine for the last 8 years. We have worked together at ____ for the last 8 years period. In this long period, I got completely exposed to the work ethics of Mr. Holmes. I feel literally honored to have worked with him for such a long period of time. I find it quite needless to say here that I’m writing this letter as the character reference for such a noble and work principled man. Subsequently, I highly recommend Mr. Sherlock Holmes for the applied post in the company. I’m so sure that he would be a great asset to the company in near future.

Character Reference Letter for Coworker in PDF and Word 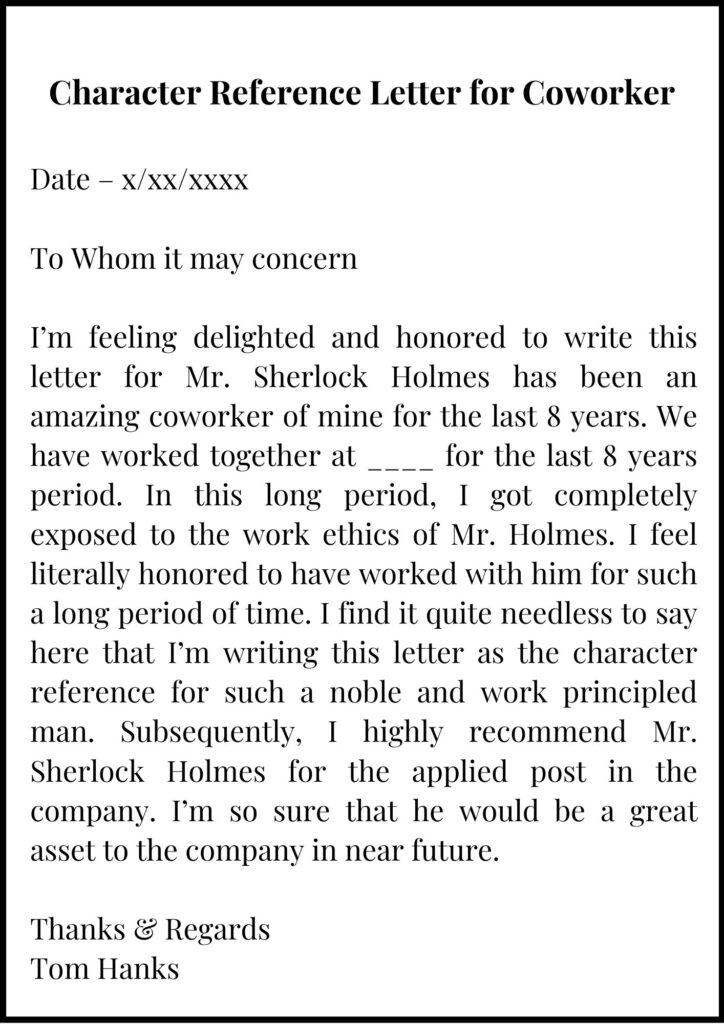 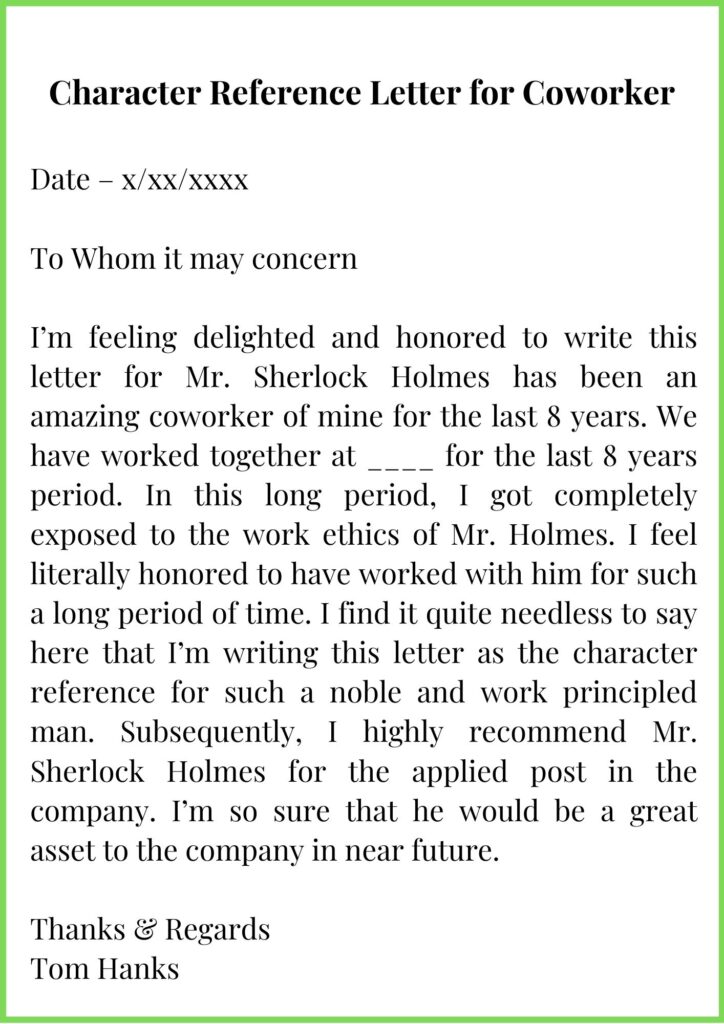