A character reference letter for a mother is a letter that is generally written in the context of child custody. The letter is useful to recommend the mother as the ideal parent for the custody of the child.

This Character Letter for Custody can play a huge role here in the custody of the child. You can use this letter as a potent tool to grant child custody to the mother in court.

How to write the character reference letter for mother?

Well, here we are providing the standard sample for the character reference letter of a mother for child custody. We believe it would help you in drafting your own letter.

To whom it may concern

I Sharon lee resident of ______ is writing this character reference letter for ________ to recommend her for the custody of the concerned child. I have been her neighbor for the last 6 years and have made regular visits to her house. Furthermore, I have never found any kind of negligence on her behalf in the context of child care.
As a mother myself I find her the perfect parent for the further care of the child. She shares a very decent bonding with the child and the child also seems happy under her care. I end up my letter considering her the perfect caretaker of the child for the rest of the child’s life for all the right reasons.

Character Reference Letter for a Mother in PDF and Word 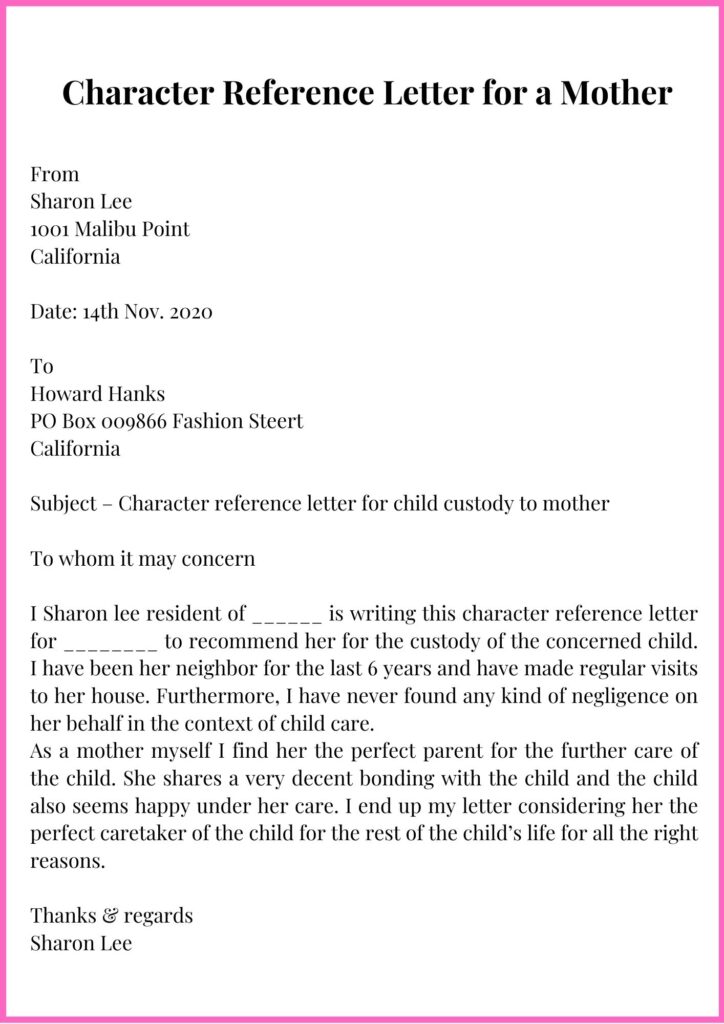 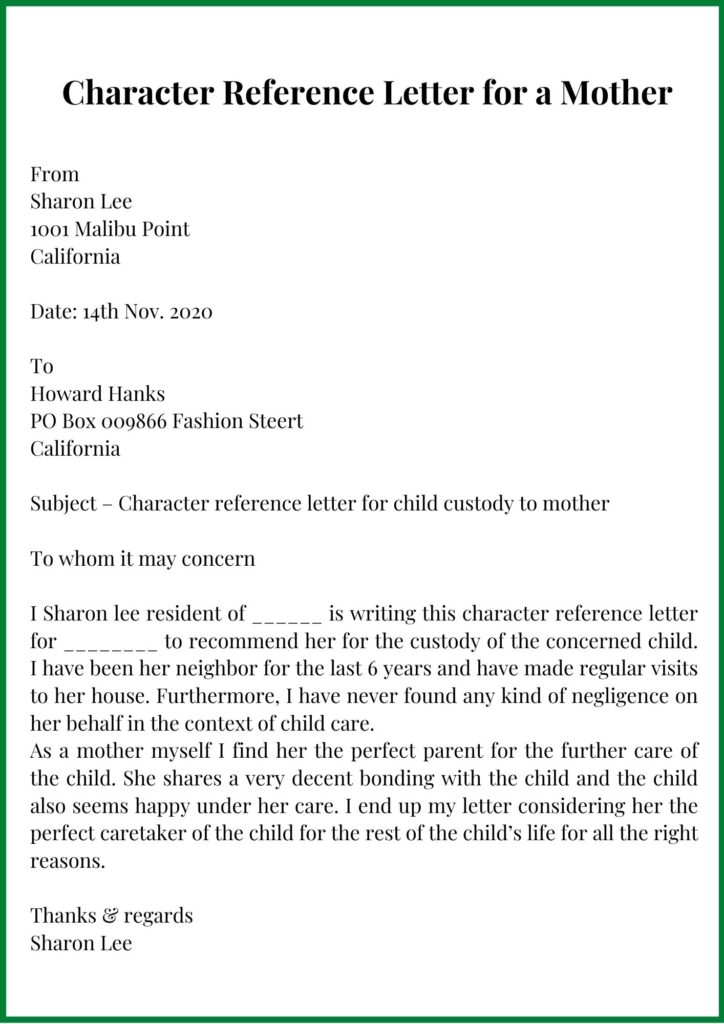