How to write a character witness letter?

You can follow some of our below-mentioned tips to draft this character witness letter.

To Whom It May Concern

In this span of time period, I have never noticed anything fishy or sick about her character. She has been among one of the top-performing employees of our office and has also won several awards for her diligent and hard-working character. She is the lady of principle who follows her passion for the things that she loves doing and this makes her very ambitious towards many things in life.

I can definitely vouch for her character as I know her not just professionally but also personally. She always comes forward for providing the required assistance to the colleague and cooperates with everyone. Moreover, she has a very professional yet jovial attitude that fits perfectly for the professional and personal relationships with colleagues. At the end of this character reference witness letter, I would definitely recommend her for the consideration and selection of any professional designation.

The following are some of examples of character witness letters: 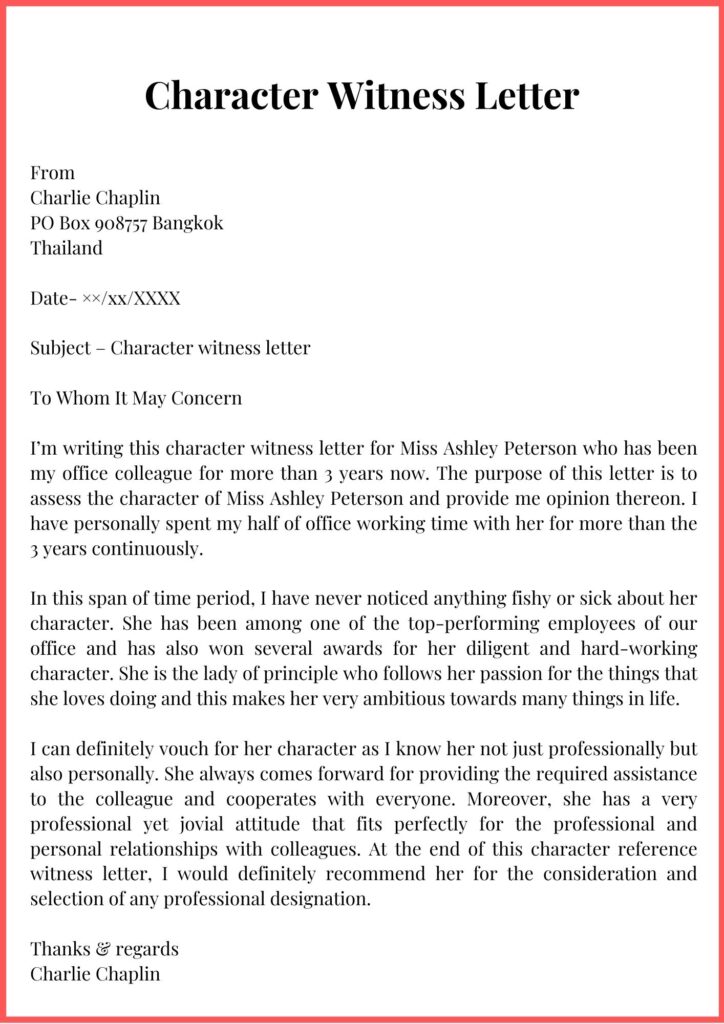 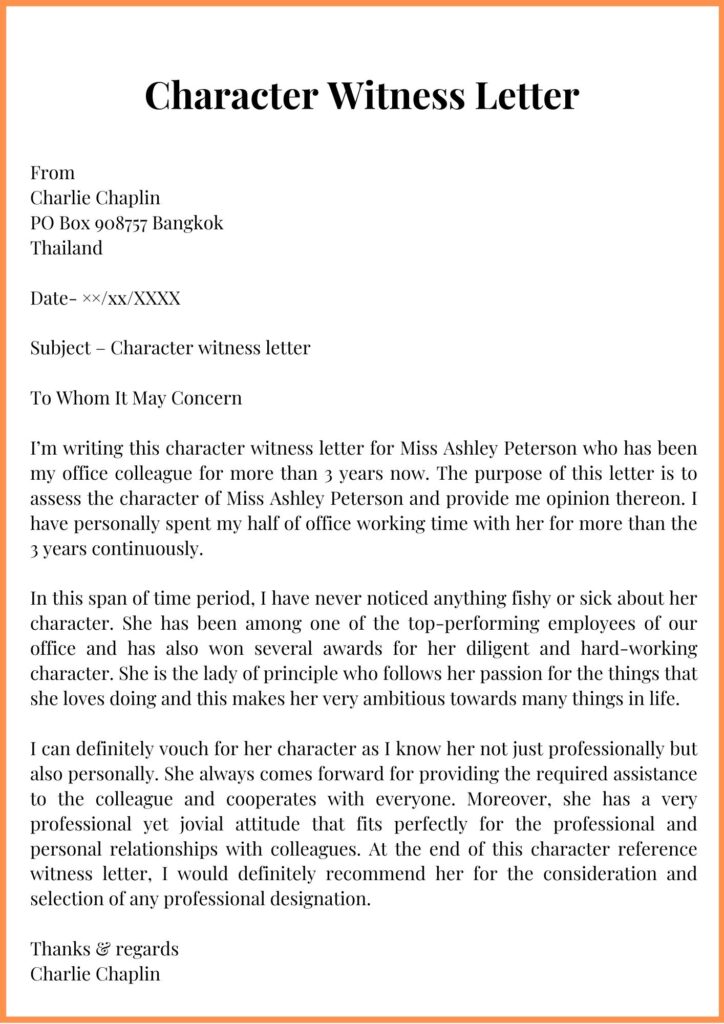