Good Moral Character – Character Letter for Court – If you have been charged with a crime, one of the first things you should do is hire an experienced criminal defence attorney. One of the many factors that will be considered by the court when making a determination in your case is whether or not you have good moral character. This article will explain what a good moral character letter is and how it can help your case.

This mentioned letter is a written statement from someone who knows you well, attesting to your good character. 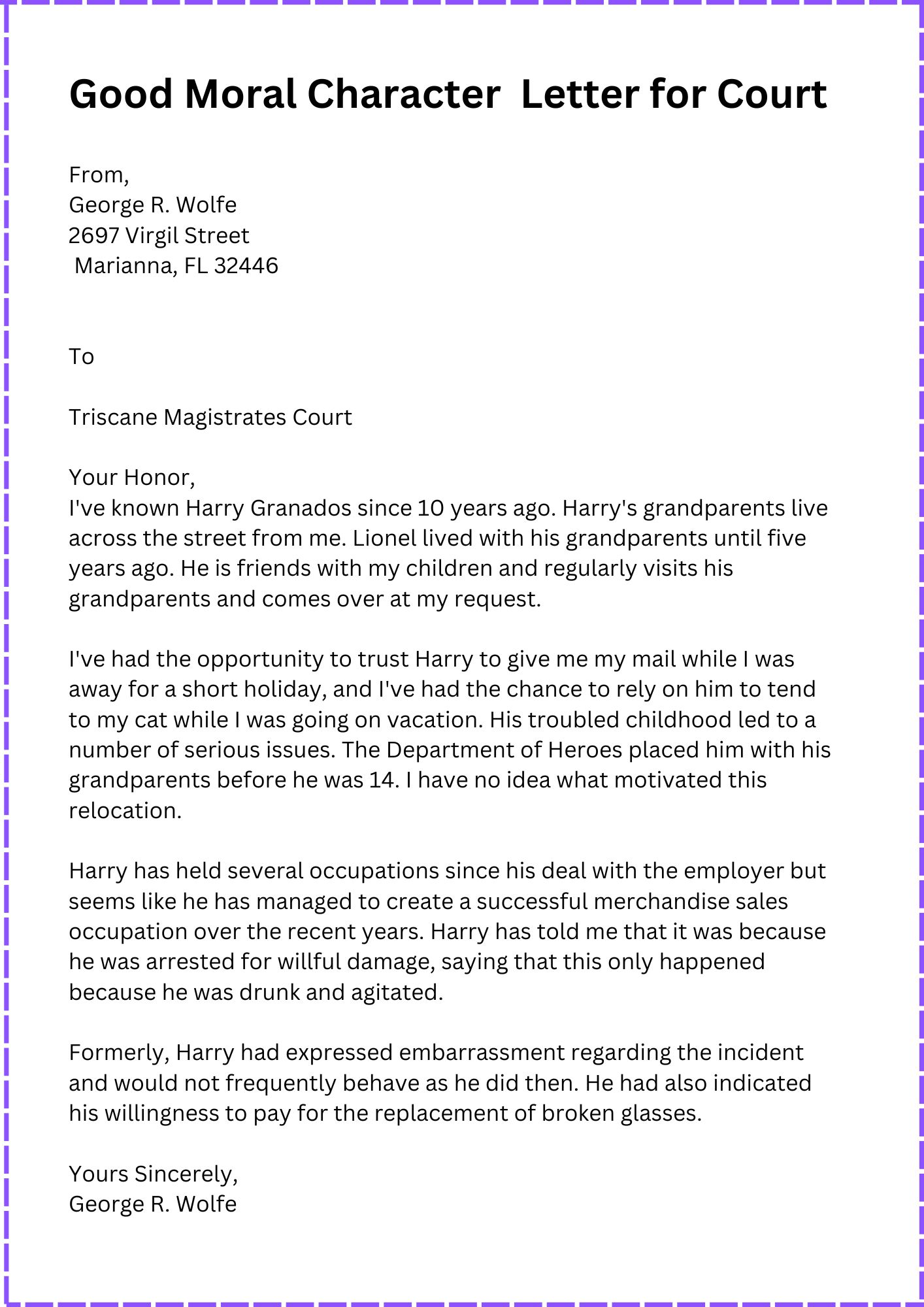 A good moral character is someone who is trustworthy, respectful and has a strong sense of right and wrong. This type of person is often looked up to by others and considered to be a role model.

The purpose of this letter is to provide the court with information about the defendant’s character and reputation in the community. The letter should address the defendant’s moral character, work ethic, charitable activities, and any other positive attributes. The goal is to convince the court that a defendant is a good person who is worthy of leniency.

Although there is no specific format that must be followed, there are some important elements that should be included in every Good Moral Character letter. First, the letter should be addressed to the judge presiding over the case.

Sample Letter of Good Moral Character for Court in PDF

There are many ways to show that you have a good moral character. One way is to get letters from people who know you and can attest to your good character. These letters are called “character references.”

If you’re going to court, it’s a good idea to get a character reference from someone who can speak to your good moral character. This person could be a friend, family member, co-worker, or employer. The letter should be written by the person and signed by them. 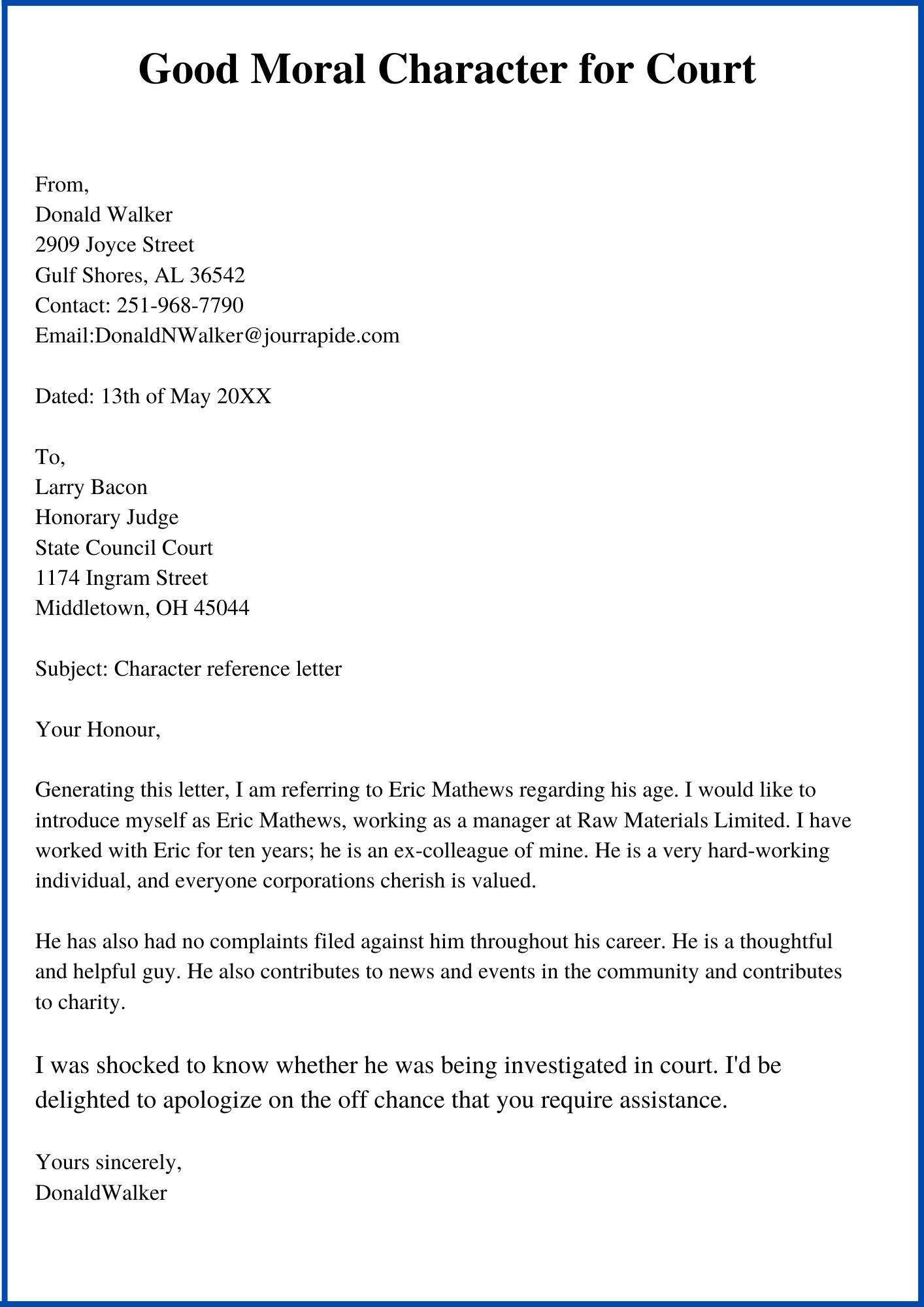 If you need help writing a character letter for court, there are a few things to keep in mind. First, make sure the letter is addressed to the judge and not simply “To Whom It May Concern.” Second, the letter should be positive and focus on specific examples of your good moral character. Finally, be sure to have the letter signed by the person who wrote it.

For a good moral character character reference letter for court, there are some important things to keep in mind. First and foremost, the letter should be addressed to the Judge presiding over the case. Secondly, it is important to state how long you have known the person in question and in what capacity.

If you have been asked to write a Good Moral Character reference letter for court, here are a few tips to keep in mind:

• Address the letter to the Judge presiding over the case.

• State how long you have known the person in question and in what capacity.

• Mention any personal observations that would attest to their good character.